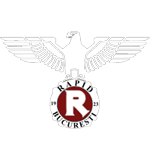 11.mai.2005 ..:: Babygrande will be premiering Jus Allah's second single, Pool of Blood featuring the GZA/Genius of Wu-Tang some time later this week.

Eminem has a new DJ and Green Lanterns replacement is a familiar face to Hip-Hop.

The Alchemist, normally affiliated with Mobb Deep, has accepted a position with Em as his new in-house spin doctor.

Busta Rhymes is currently in the studio recording his new album, The Big Bang, due in stores July 19.Besides Dr. Dre, production will be handled by Scott Storch, Cool & Dre and Timbaland.
And although there's no confirmed first single just yet, the leaked "Hurt Sumthin" may end up being the first release.

Meanwhile, the gruff-voiced rapper recently teamed up with soul legend Stevie Wonder and director Paul Hunter on the video for Wonder's current single, "So What the Fuss," from his forthcoming album, A Time to Love. Busta recorded an audio track for the clip that serves as narration for the blind (see "Busta Rhymes Narrates Stevie Wonder Video For Blind Fans").
[img=http://img709.imageshack.us/img709/2521/p119631050.jpg]
Top

Wu-Tang Clan member GZA takes off on a limited East Coast Spring 2005 concert series in preparation of his new album, The GZA Presents.


GZA aka Genius will be taking over the stage for a limited series of dates to promote his highly anticipated Koch/ Babygrande Records debut album. The Babygrande premier LP, tentatively entitled The GZA Presents, is expected to drop in the latter part of 2005. The album will definitely feature classic Wu-Tang collaborations.

After appearing in countless film festivals, Freestyle: The Art of Rhyme is scheduled to hit stores via DVD later this month.

Twelve years in the making, the documentary chronicles the history of freestyling and shows the similarities between improvisational rhyming and poetry while today's emcees are compared to the griots (storytellers) of West Africa. The flick also highlights freestyling's social impact, explores it as a spiritual and community-based art form and features classic battles by freestyle legends.

Directed by co-founder of the Center for Hip-Hop Education, Kevin Fitzgerald aka DJ Organic, the film features appearances by Black Thought and ?uestlove of The Roots, Mos Def, Supernatural, Wordsworth, Craig G, MC Juice and the Last Poets among others.

Tragically, Justo Faison, founder of the popular Mixtape Awards, was killed in a car crash either yesterday or very early Saturday morning (May 14).

Faison founded the popular Mixtape Awards in 1996 and helped shine light on and reward a previously unrecognized component of the music business - the mixtape.
Top

DJ Kurupt, coined the Master Jedi, penned King Kurupt was and is a vital part of the mixtape music movement! Notorious for exclusive blend tapes that splash overseas, DJ Kurupt tackles the hustle further by launching his own tour to find talent worth buzzing about while branding the King Kurupt icon. Throughout his journey through southern terrains King Kurupt will brand his upcoming album which features key hip hop artists as-well-as unsigned talent. He plugs Allhiphop.com to the days of his come up, his hustle for success, and what truly makes a DJ like him just that official.
[img=http://img709.imageshack.us/img709/2521/p119631050.jpg]
Top

Afu said that his latest release is more diverse and more reflective of his musical tastes.

"With this album I took a firmer direction musically in the way I wanted this album to go" Afu-Ra told AllHipHop.com. "This album is Hip-Hop influenced with a lot of diverse beats as far s rock and reggae. With this album I feel closer to who I am as a person through music than I did with my previous albums."

State of the Arts is the first record of Afu Ra to be put out on his label Life Force Records which is distributed through Decon.

"I feel great about my partnership with Decon because now as opposed to being an artist, I am a partner," Afu said. "I own my own masters and I don't have to worry about recouping out of my royalties and stuff to pay the label back. In the end it just all works out better for me."

Afu also reunites with DJ Premier on the track "Sucka Free" to show that the Gang Starr crew is still in effect.
A side from working on his third album and starting a label, Afu-Ra is also currently working on an upcoming Perverted Monks project.

"We are definitely working on a follow up to our debut [Afu-Ra Presents Perverted Monks] from last year," Afu said. "This album is going to show case our sound, which is perverted without being raunchy. We are like an intellectual version of the 2 Live Crew."

Afu-Ra is also set to embark on a tour of the United States with Inspektah Deck and Planet Asia.

Wu Tang Clan leader The RZA recently discussed his venture into the book world, with the release of his book "The Wu-Tang Manual."

The book is RZA??â‚¬â„?s first written work and contains his thoughts, a dictionary containing ??â‚¬?Wu Slang,??â‚¬? a section devoted to an analysis of Wu Tang??â‚¬â„?s lyrics, never-before-seen photos of the group and other offerings.

RZA said he was pleased with the results of the first book and hinted that a follow-up was in the works.

RZA, who is currently in the studio recording a new album with Method Man, said the response to the book was overwhelming.
??â‚¬?I have little kids come up to me saying [The Wu-Tang Manual] changed their lives and perspectives on life,??â‚¬? RZA said.

According to RZA, more people have shown up for his in-store booking signing than for album releases. ??â‚¬?One girl came up to me and said she had bought ten copies of the book and gave it away to all her girlfriends to read,??â‚¬? RZA

Sway and King Tech Take It Back to Basics

MTV??â‚¬â„?s Sway and King Tech take it Back to Basics through the release of their album which hits stores May 24th.
The radio personalities have long played the role of talent scouts through The Wake Up Show, which has such featured artists as the Wu-Tang Clan, Tupac, Notorious B.I.G., KRS One and others.

The album titled, Sway and King Tech Present Back 2 Basics will feature undiscovered legends of Hip-Hop music according to Tech and Sway. The album boasts artists with pure talent and lyrical genius in addition to conscious messages.

"The title Back 2 Basics is us going back to an era where the lyrics came first," King Tech explains. "I wanted to go get guys that are hungry, that still have the talent, that are up and coming or just on a veteran level??â‚¬?
Insightful tracks such as "Don't Think So," By West Coast artist Kam and a cut by freestyle legend Juice are featured in the album??â‚¬â„?s showcase.
[img=http://img709.imageshack.us/img709/2521/p119631050.jpg]
Top

Users browsing this forum: No registered users and 4 guests